A podcast, or generically netcast, is an episodic series of digital audio or video files which a user can download and listen to. It is often available for subscription, so that new episodes are automatically downloaded via web syndication to the user’s own local computer, mobile application, or portable media player. It is distinct from Internet radio, which involves streaming rather than downloading.

The word was originally suggested by Ben Hammersley as a portmanteau of “iPod” (a brand of media player) and “broadcast”.The files distributed are in audio format, but may sometimes include other file formats such as PDF or EPUB. Videos which are shared following a podcast model are called video podcasts or vodcasts.

The generator of a podcast maintains a central list of the files on a server as a web feed that can be accessed through the Internet. The listener or viewer uses special client application software on a computer or media player, known as a podcatcher, which accesses this web feed, checks it for updates, and downloads any new files in the series. This process can be automated to download new files automatically, which may seem to users as though new episodes are broadcast or “pushed” to them. Files are stored locally on the user’s device, ready for offline use. There are many different mobile applications available for people to use to subscribe and to listen to podcasts. Many of these applications allow users to download podcasts or to stream them on demand as an alternative to downloading. Many podcast players (apps as well as dedicated devices) allow listeners to skip around the podcast and control the playback speed.

Some have labeled podcasting as a converged medium bringing together audio, the web, and portable media players, as well as a disruptive technology that has caused some people in the radio business to reconsider established practices and preconceptions about audiences, consumption, production, and distribution.[4][need quotation to verify] Podcasts are usually free of charge to listeners and can often be created for little to no cost, which sets them apart from the traditional model of “gate-kept” media and production tools. Podcast creators can monetize their podcasts by allowing companies to purchase ad time, as well as via sites such as Patreon, which provides special extras and content to listeners for a fee. Podcasting is very much a horizontal media form – producers are consumers, consumers may become producers, and both can engage in conversations with each other. 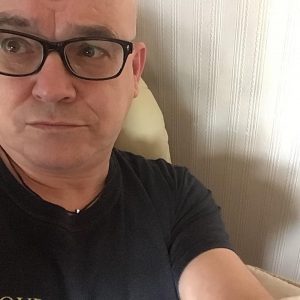